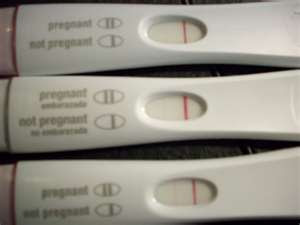 Today is my younger son's 11th birthday. As all parents say, I can hardly believe how quickly the time has passed. Anyhoo, that's what inspired today's blog.

I had my first son, Alex, when I was 26 years old. Pregnancy was easy (the birth, not so much), and recovery to my pre-pregnancy body was relatively easy. I used Jane Fonda's nazi boot camp videos (I don't think they were actually called that, but they should have been), and was back to "normal" in a couple months.

Fast forward 14 years, and I'm giving birth to my second son, Sam. NOT so easy. None of it. Including the "getting pregnant" part. Let me explain. I was older. Older than 26. By 14 years. (Don't make me say it, just do the math). But,I REALLY wanted to have a baby with Scott. I just really liked him, and it seemed like a good idea. He took some convincing, cuz his point was that our other kids were just about grown, and we could be "free". Alex wasn't crazy about the idea either.....he kinda liked being the only kid there. Well, as so often happens, I wore them both down, and ended up getting pregnant. By the way, this was "pre-privacy law" days, and the word had traveled throughout the hospital (where I work) that I was pregnant, before I even got back from the lab!

Sadly, though, we miscarried. When Alex found out, he felt bad. He knew I was sad, so in an effort to cheer me up, he told me, excitedly, one day, when I picked him up from school, "Mom! We're learning about the reproductive system, and the teacher said that women can get pregnant between the 12th and 15th day of their cycle,and today is March 14th, so you should try again! I'll go to bed early, and I'll turn my music on really loud, so you and Scott will have privacy". Apparently, his understanding was that ALL women, across the earth, are fertile on the exact same days.

At that point, I WAS ready to just stop trying. Everyone tells you "don't be obsessed", but how can you NOT be obsessed, when you have to take your temperature before you even get out of bed? Plus, I was having all these thoughts about how Scott's little reproductive guys were like little muscular dudes in Speedos, and my eggs were shriveled up little raisins, and the Speedo dudes were looking at each other, like "What? He wants us to what? Really?"

Scott said "I don't think that particular visual imagery is helping the situation".

Plus, talk about a buzzkill. If I took my temperature, and realized it was "time", I'd inform Scott that his services would be required, and it got to the point, where he acted like he was working a chain gang. Seriously, getting pregnant is hard work.

Well, I had all but given up hope, and BOOM, got pregnant (I know, I know, it's a cliche). It was Christmas Eve 1998, and we were just hangin out until time to go to church. Scott was playing his guitar, and for some reason, I felt compelled to take a pregnancy test. Okay. Truth. I had just read a Christmas newsletter, and someone that I dislike, had gushed on and on about "expecting". It ticked me off.....I was having thoughts like "Hey. How come this loser person can have a baby, and I can't?"(I'm paraphrasing). Soooo, that's what prompted the 'ol dipstick test.

Lo and behold, it came up POSITIVE! I ran out to grab Scott, screaming and dragging him into the bathroom. The look on his face was priceless, cuz he couldn't imagine what I was taking him to see!

So, naturally, we were a little nervous for the first three months, but everything went well. You know those women that get pregnant, and it's just like a little basketball in front of them? If you're not looking at them from the front, you don't even know they're pregnant? I HATE those women. I fell into the category of pregnancy-shows-in-the-rear first. On the plus side, one of my favorite parts of being pregnant, was not having to suck in the belly. You just let it all hang out, baby!

The day of delivery approached, and we were getting pretty excited. Unfortunately, my Dr. was planning to be out of town, so he decided to put me in the hospital and **WARNING: DISTASTEFUL PHRASE AHEAD** give me some medicine, and see if my "cervix was ripe" (I DID warn you).
Scott and I were psyched! We planned on an evening of fun and frivolity, hangin out in the beautiful birthing suite.....just as soon as those OTHER breeders vacated the premises. At last, we were moved into the luxury accomodations, but I wasn't feeling too good at that point. Having lots of back pain. Turned out, that was labor, and long story short, Sam was delivered that night via emergency C-Section. I didn't get to be awake for his birth, and when I did come to, they brought this little blond-haired baby to me, and I turned to Scott and said, "Are you positive this is the baby they took out of me?" (he was)

So, we had our little bundle of joy. He HAS been a joy. Oh sure, there's times when it would be nice to be free from the responsibility of a kid still at home, and Scott never misses the opportunity to say "you just HAD to have that kid, didn't you?". But on the other hand, sometimes, I say "You know, Sam, Daddy didn't want you", just so he knows that I love him THE most. JUST KIDDING. I would NEVER say that. Geez!

Well, now the reproductive ship has sailed, so we're just gonna enjoy this last kid til he moves on. Sam is aware, however, that having older parents means that he needs to make a REALLY good living, so he can buy us matching Rascal scooters for when we can no longer ambulate. I also requested that mine have more power than Scott's and I'll probably get that, because, after all, having Sam was my idea to begin with!
Posted by CherieJoLay at 8:21 AM