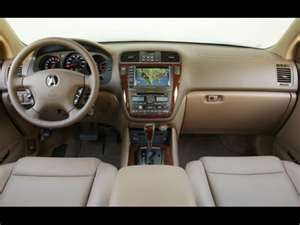 On the surface, this sounds like an awesome gadget. You speak, and your vehicle responds appropriately. Except, when it doesn't. Honestly, I gave up a long time ago, trying to learn all the exact phrases I am supposed to use, e.g. "Fan speed up" is the preferred command, rather than "MAKE IT FREAKING COOLER!". So, you know, stuff like that.

However, because it's the LAW, I am forced to utilize the hands free phone system. and believe you me, we've nearly come to blows a time, or two, or eighty-five. Here's how it's SUPPOSED to work: you set up your phone list by speaking the name and the number, and the system "remembers" it, so all you have to do is flick the little switch on the steering wheel and say "Dial" (or "call"....you can say either. Isn't that user friendly?) whoever you want to call.It's supposed to recognize what you're saying. The following, is an example of how this goes:

Me: "Call Scott" (changing it up a bit...maybe E.V. will understand that)

On numerous occasions, Sam was in the vehicle. We've had it since he was five. Early on, when I was still trying to work the handsfree navigation and/or the phone thing, he'd pipe up from the backseat, "Mommy? Are you mad at the car, or the phone?"

NOW, he just thinks it's hilarious, and dissolves into giggles everytime the system doesn't understand what I'm saying. When I get REALLY frustrated,(but still able to think clearly), I realize that, just perhaps, the TONE of my voice is throwing off the system. I mean, when I input the original names and numbers, I wasn't yelling them, so I purposely take a big breath, and very calmly, very sweetly, say "Dial Scott", to which it either responds "Star" or "Pardon".

By then, I don't WANT to call Scott anymore, heck, I don't even remember who Scott IS anymore.
Posted by CherieJoLay at 8:06 PM